*Martin's name has been changed to protect his identity

December 2019 saw Woodbury answering the emergency call to the aid of Martin. Martin’s parent and main carer sadly passed away. Whilst staying at Woodbury Martin met Arthur. The Covid cloud had started to gather in the UK and Arthur’s staff team had to stay at home as they were in the Shielding category which was why Arthur came to Woodbury.

Covid began and Martin and Arthur stayed at Woodbury to keep safe. Through lockdown strong bonds were formed between the two. Staff at Woodbury quickly noticed that they got along well with each other, with similar interests being shared. And it was through this new camaraderie that the staff saw an opportunity for Martin to move in with Arthur’s property. Sadly Arthur’s previous co tenant had sadly passed away a few months prior to moving to Woodbury.

Martin’s social worker contacted his brother as they were searching for the best possible situation for him. Having always lived with his parent, they wanted Martin to be happy in his new living arrangement. And so, after having a look round Arthur’s property, Martin’s brother agreed that this was the right move. 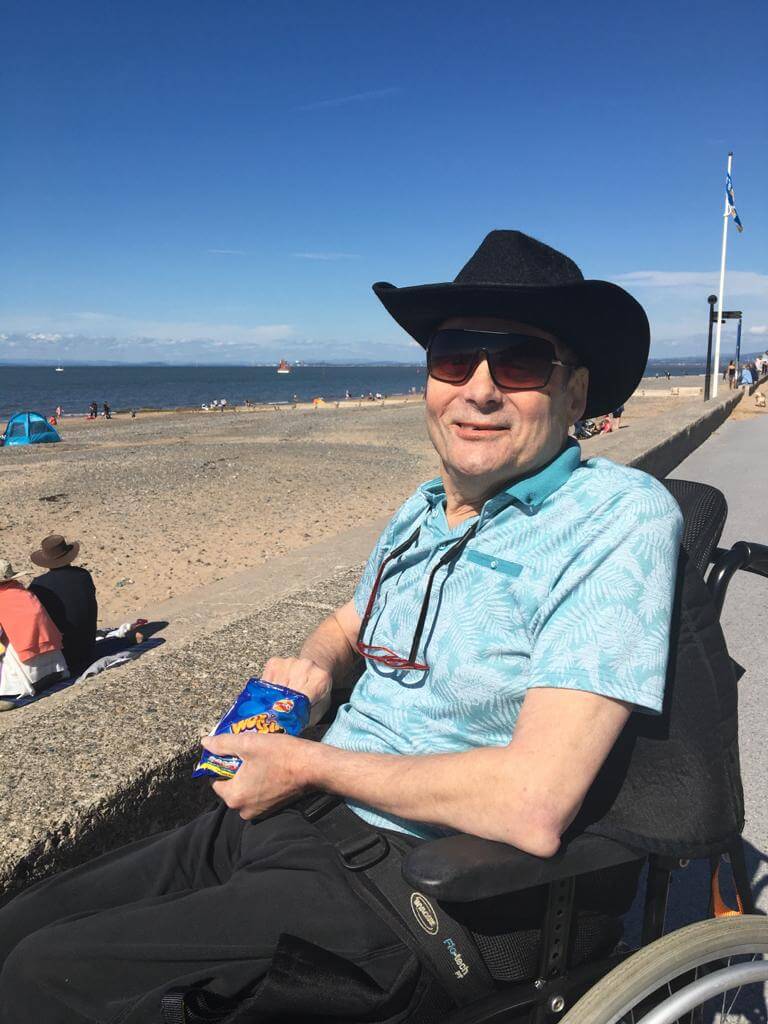 Picture of Arthur enjoying the seaside.