How technology helped Paul to come out of his shell

Using technology in services has been around for quite some time and can offer a way for people to expand their horizons so they can live their best life. This is Paul's story, told to us in 2018:

Paul is suported at Elton Community Centre 4 days a week.  He has a learning disability and has also more recently been struggling with his memory and speech, which doctors have suggested may be due to early stage dementia. He's a quiet gentleman and doesn’t like speaking to lots of people or being in large groups.  He will often withdraw from the group at Elton and choose to sit by himself rather than engage in activities taking place at the centre. 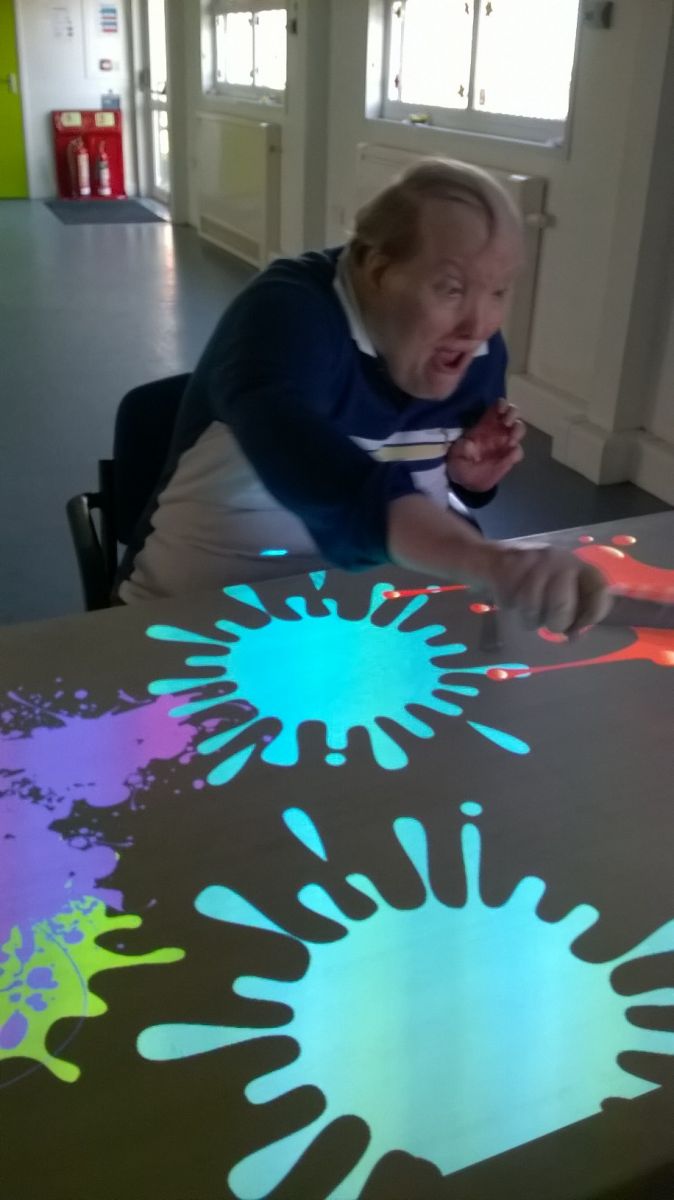 The interactive projector has had a hugely positive impact on Paul and has helped Paul to come ‘out of his shell’ and display aspects of his personality that he hasn’t shown for a long time. Customers at Elton took it in turns to have a go at some of the games and activities on it, but when it came to the end of Paul’s turn we couldn’t get him away from the table as he was so engaged by it, expressing delight in what he saw and becoming unusually animated.  Staff were amazed at his reaction and commented on how fabulous it was to see Paul so involved and happy during an activity.

During the whole session Paul never stopped talking and smiling.  He was able to read the descriptions of the activities himself, and the simplicity of the control meant that he could independently identify and select the games he wanted to play.  As Paul went through the menu he chose a splat game and picked up the wand, ready to hit his targets.  When the game he chose started, Paul shouted “I think its Gene Kelly!” and as ‘Singing in the Rain’ played along in the background Paul began laughing and singing along. 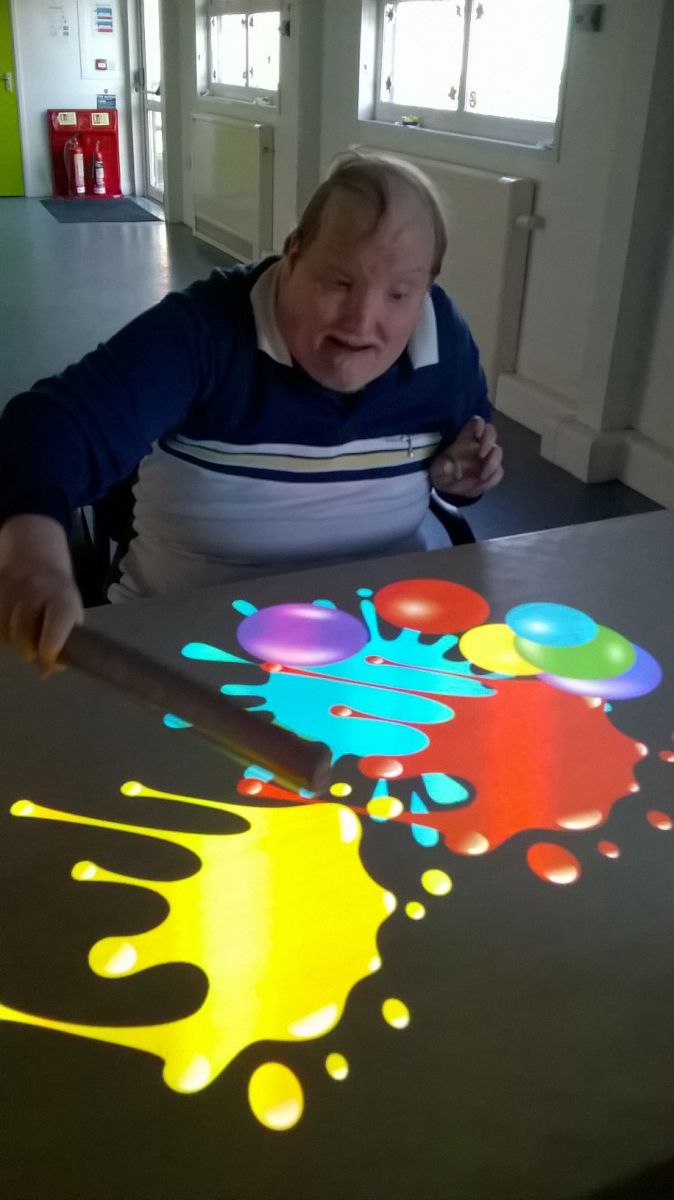 Paul’s next choice was a splat activity with a background scene of Blackpool Tower, and again he shouted out “I think it’s George Formby!” as he splatted and sang along. Paul thoroughly enjoyed interacting with the projector and everyone there was amazed at the positive effect that it had on Paul and how much it had engaged and stimulated his levels of involvement and animation.

What a fabulous outcome for Paul. The interactive projector has made its rounds over the past couple of years from Older People’s and Learning Disability Day Services; here is a collection of happy faces enjoying it: 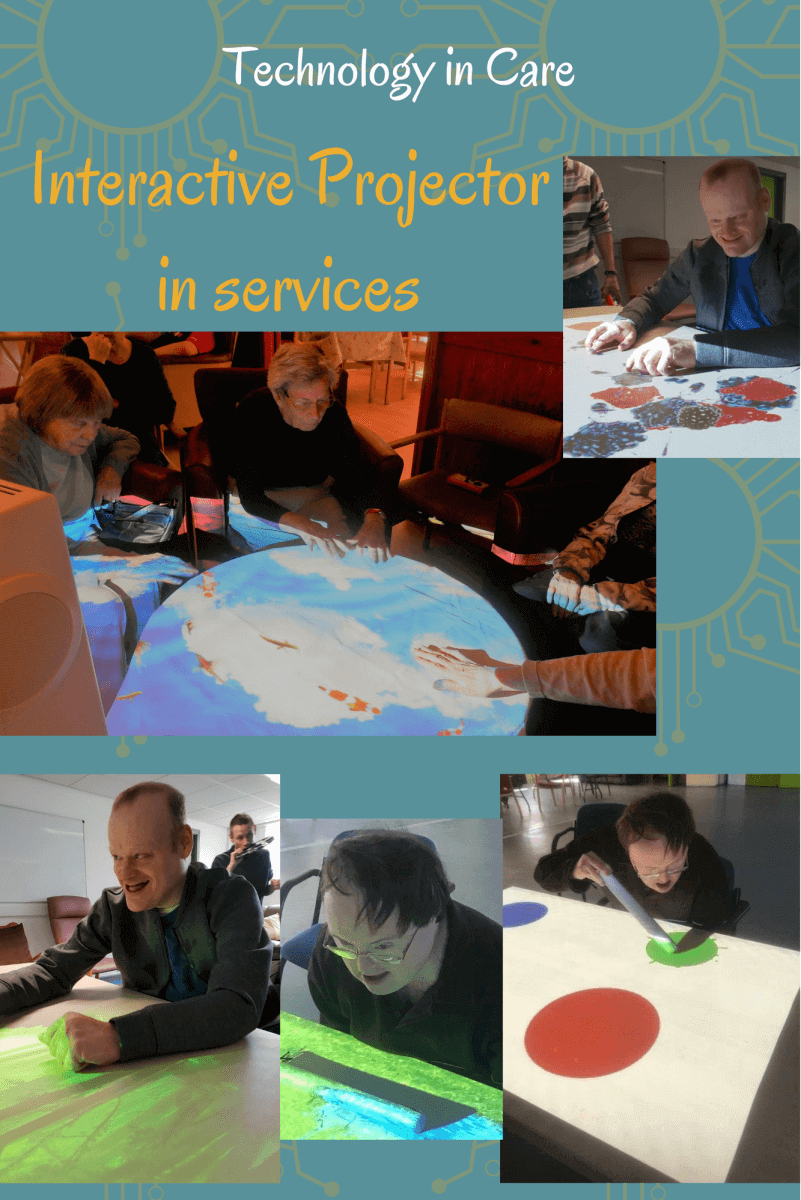