Why would anyone want to climb a mountain? Possibly the best known answer to this question is the one given by the mountaineer George Mallory – “Because it is there.” And as reasons go, that isn’t a bad one.

I imagine that there are many different reasons that people take to the hills, for some it is for a sense of achievement, for others it may be a form of exercise or it may be that they enjoy the feeling of isolation and distance from their everyday lives.

So why would I climb a mountain? It might just be as simple as the fact that I like mountains. They are more than just huge, silent features on the landscape. Whilst they are pretty much constant in form, they are also constantly changing. Seasons rolling on, changing weather, different times of the day and ever changing light mean they are never the same and so you see a different scene every time, even if you only ever go onto the same mountain. Sometimes you are lost in cloud and see nothing at all. Of course, you also tend to find lots of sheep on mountains too, and if you like sheep that is a very good thing. I like sheep.

Before I climbed my first mountain I would look up at them and wonder how you could get to the top as the summits looked so distant. When I finally did climb a mountain I walked upwards for what seemed like a few days and encountered a few false summits before we finally got to the real summit. Then you look down and see a world in miniature on the valley floors beneath you and, if the weather is good, summits of other mountains laid out in layers in front of you and possibly a few sheep too and you realise why it actually was a good idea to drag yourself to what feels like the top of the world.

By the time I climbed Snowdon I had already climbed a few of the big beasts in the Lake District so I had an idea what to expect. As a family we had also decided the year before to climb the three highest peaks in Scotland, England and Wales – Ben Nevis, Scafell and Snowdon respectively. Ben Nevis was done on the one hot day that was Scotland’s summer that year and was physically draining. Scafell was conquered on a beautiful autumn day and whilst it was a long walk it also felt very comfortable.

Snowdon was the last of the three to be climbed and we had wanted to climb it whilst our son, Joel, was still eight years old but winter arrived before we managed it and we felt it was maybe a bit unwise to try it then. Joel is an only child so it wasn’t the case that we had a spare if we lost him on the way and as we quite liked him we decided not to risk it.

Snowdon was finally climbed in March 2005. The day was grey, the rain was light, the temperature was low and the view from the summit was almost non existent. All in all it was a great day! 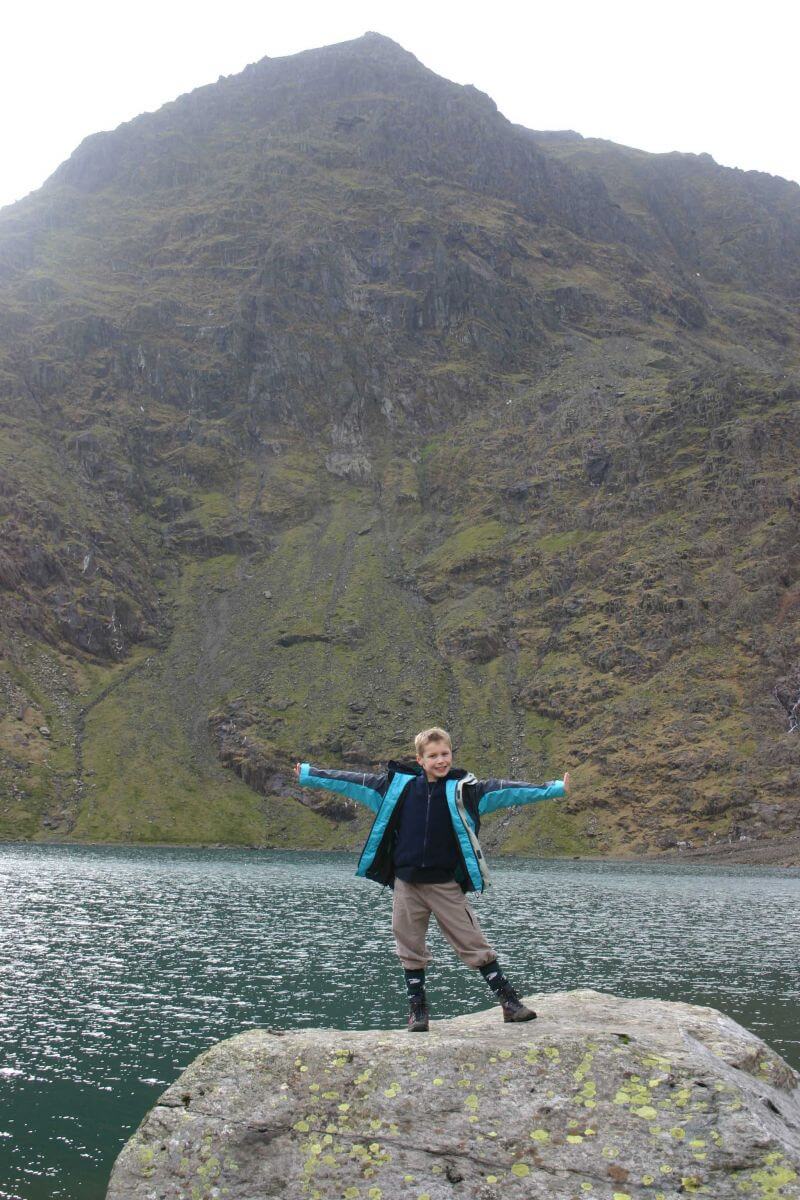 So why would I want to climb Snowdon again? Because it is still there.

You can read the other team blogs here.