Opening the curtains on the morning, we did feel crestfallen. After all that planning, the day of Ted’s excellent adventure had come and the weather was overcast, with some rain.

“It will still be interesting up there” Anna said enthusiastically as we all got into the car to go to pick Ted up. 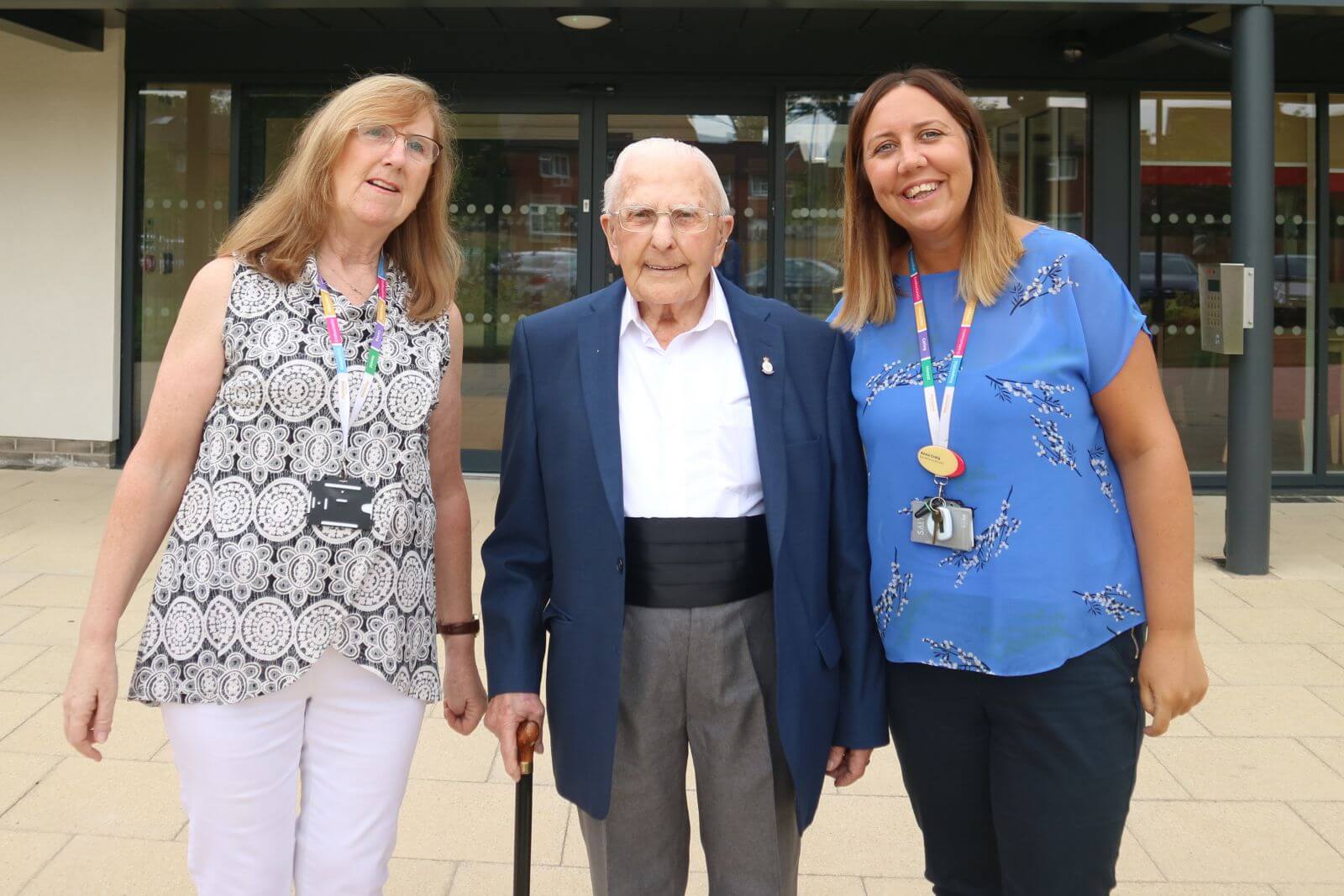 Ted is one in a million. The Army Veteran turned dancer, this year turned 102. However, looking at him you may actually think he was in his late 80's or early 90's. Walking stick in hand, the man standing before us was dressed in style. White shirt, with a jacket and cummerbund. Whatever Ted does, he does in style. 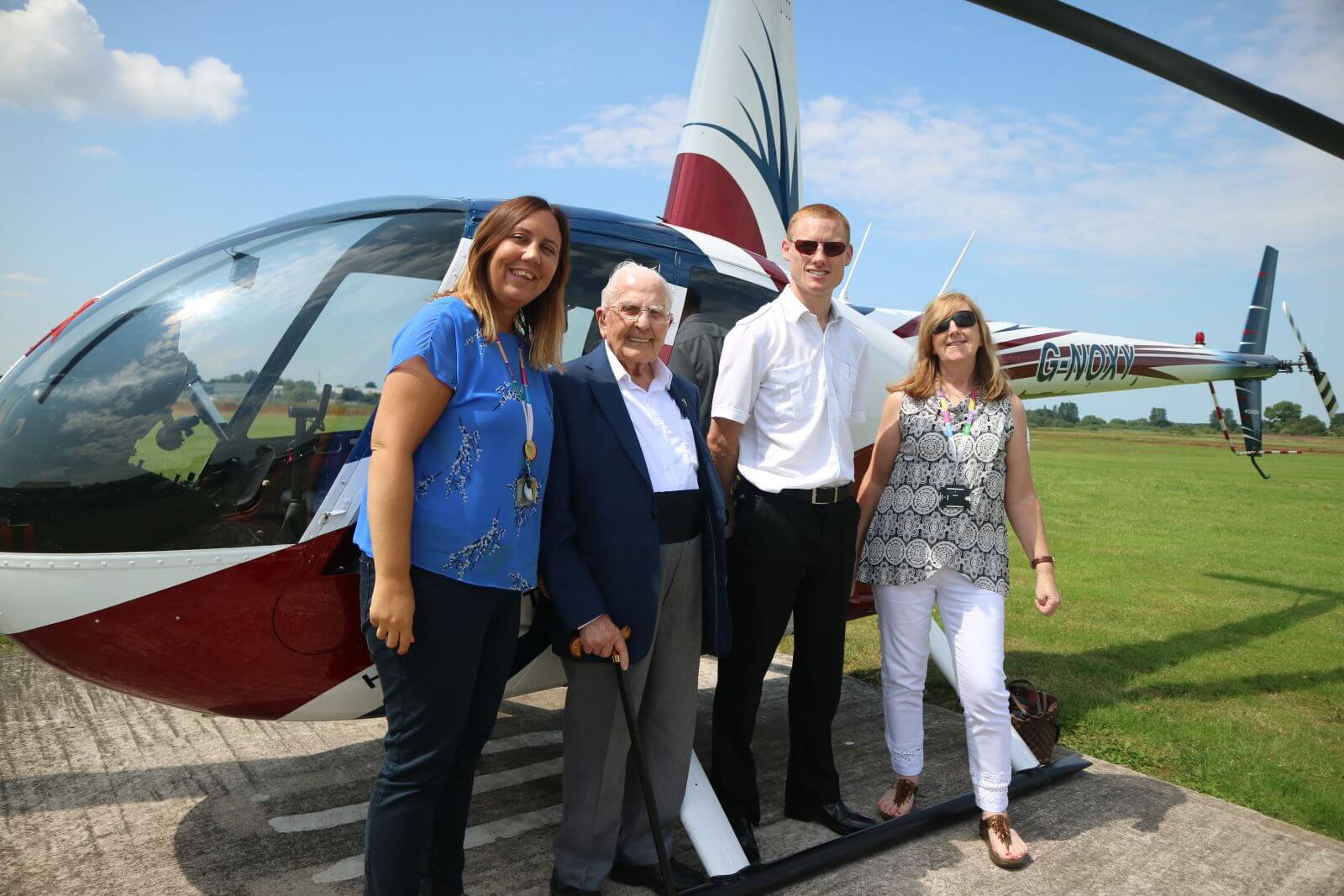 The team with their pilot Andrew from Helivation.

The drive to the City Airport saw the clouds break and rain start to fall. However by the time we got to the airport it already had started to perk up. Waiting in Runway 26 café bar, Steven, Angela and Sarah were intrigued as to what we were up to.

“Oh Ted is 102, so to celebrate we are having a helicopter trip to Blackpool” said Anna.

Amazed by the spritely 102 year young man in front of them, they wanted to celebrate so offered him a free lunch after the flight.

Soon Abi from Hits Radio arrived for an interview with Ted. Ever the gentleman, he obliged and answered her questions.

“So what will you do for your 103rd birthday?” to which Ted replied “Well I’ve always wondered what abseiling down Blackpool Tower would be like”. 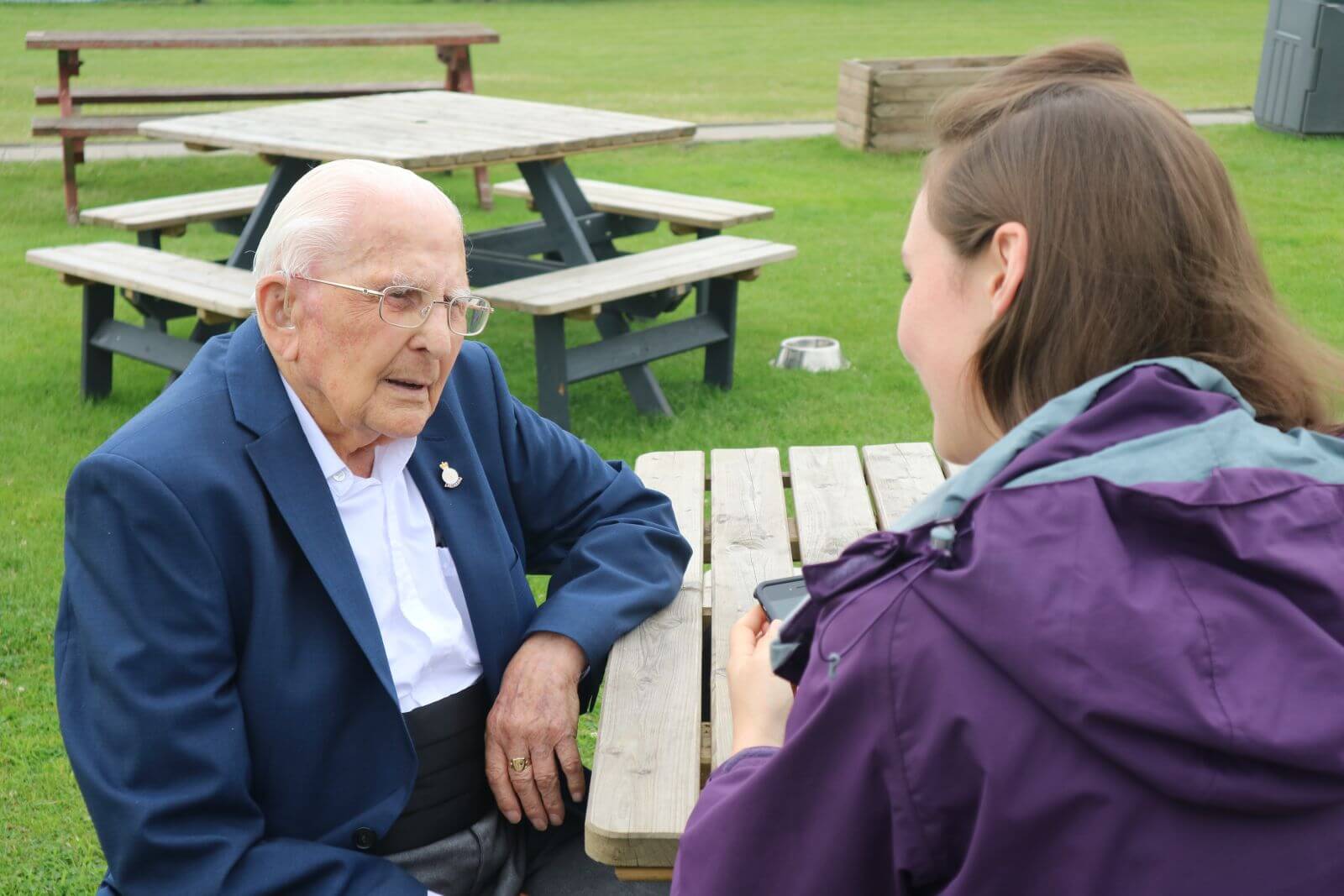 Ted with Abi from Hits Radio

Pilot Andrew from Helivation came to whisk Ted and his Grundy Angels, Anna and Maria away in the helicopter. Some group photos were taken and then off they went.

Up in the skies, Ted could see for miles around. Andrew headed off to Blackpool where Ted and his Wife Eva often frequented and danced the night away. But first a detour! Flying over Bury, Ted and his Angels were on the lookout for a special place. Looking out for a running track they soon found Grundy below. A couple of pink, ant sized figures flooded the car park waving. 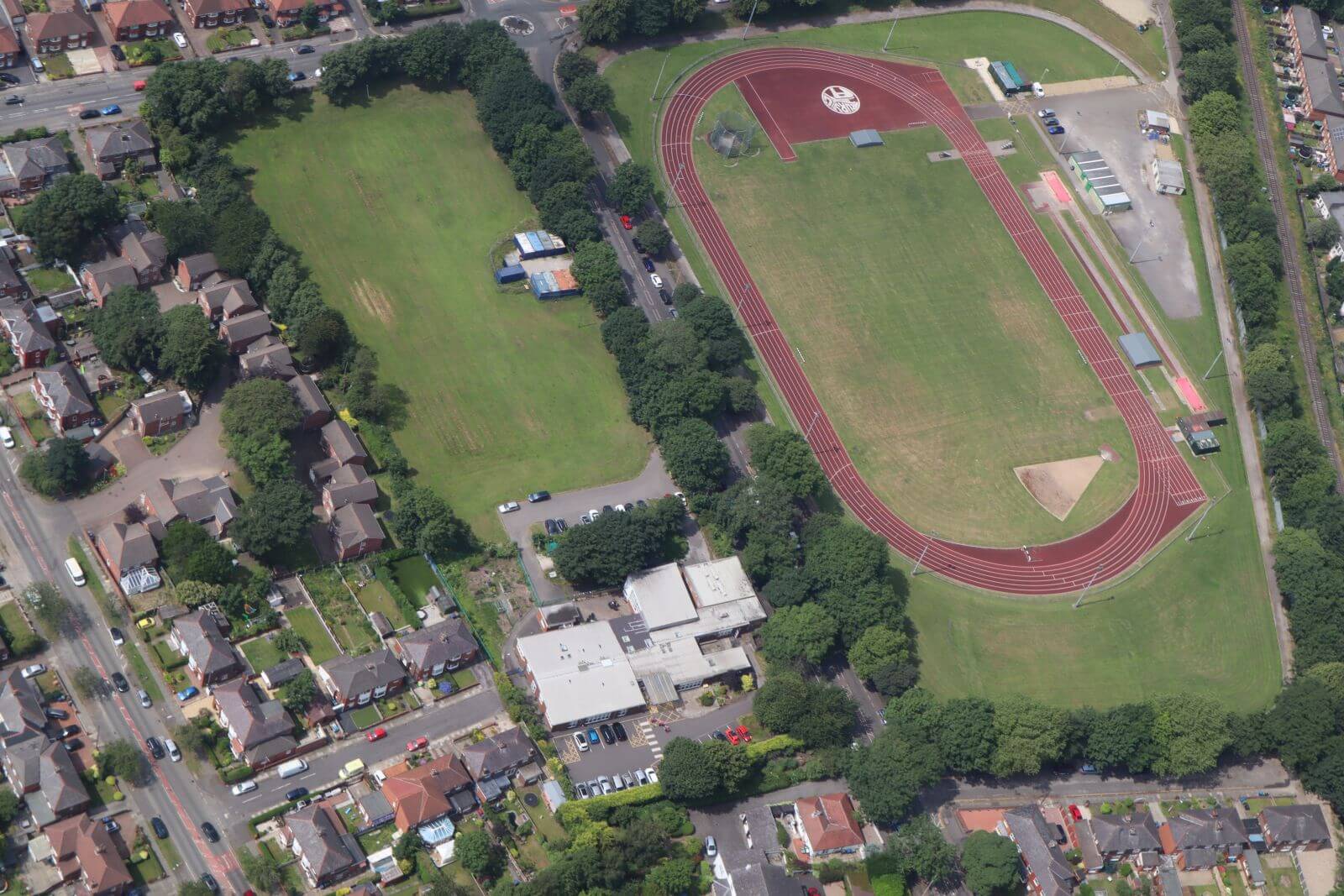 With the sun shining, Ted cool as a cucumber, took everything in, asking questions of where certain landmarks were with Andrew pointing them out. In the back, Maria was white knuckling it while Anna took some pictures. 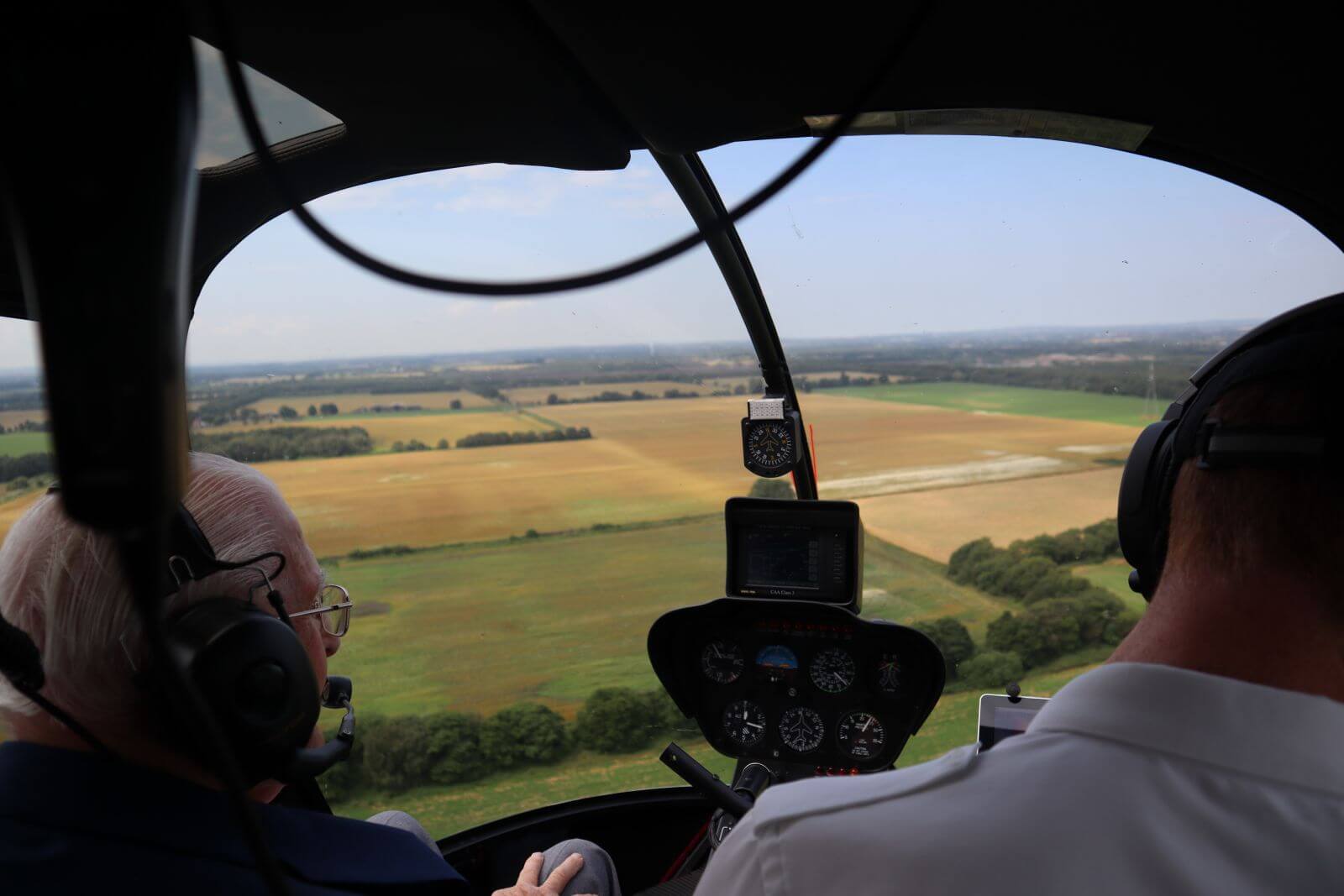 Once back at base, entering Runway 26 they were greeted with a decorated table and a complimentary lunch. Taken aback by their generosity, they were then surprised by the staff as they presented him with a slice of cake and a rendition of Happy Birthday. 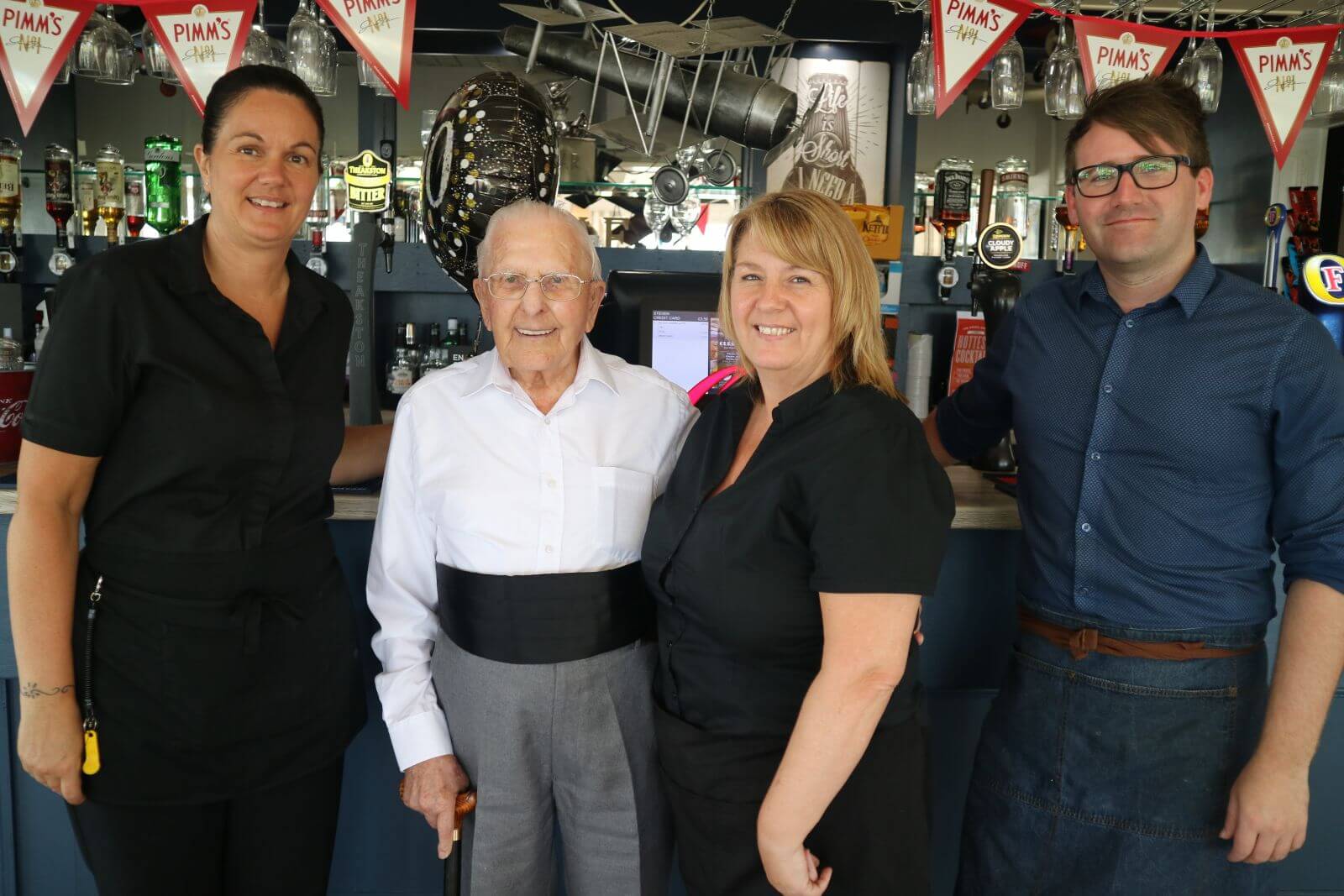 Ted with the team from Runway 26; Angela, Sarah and Steven.

The surprises didn’t end there. Andrew, from Runway 26, then escorted Ted and his angels round the hangars where they could see a variety of light aircrafts. By this point, the sun was beating down on us, so when two Army Chinook helicopters came to City Airport to refuel, they helped cool us down. 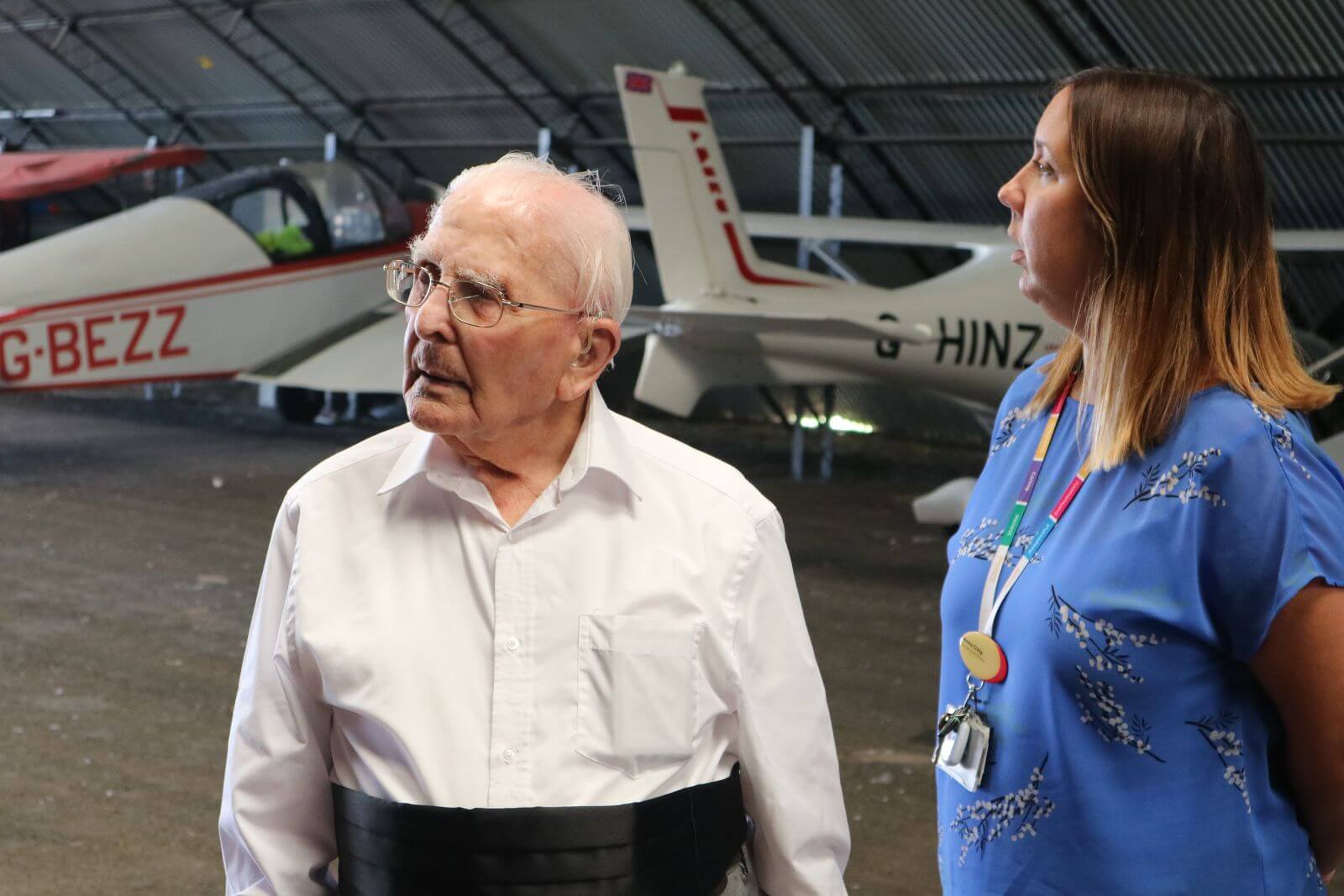 With a broad smile on his face, we headed back to the car and back to Grundy. Ted's excellent adventure had come to a close, but it will be a day he will never forget! 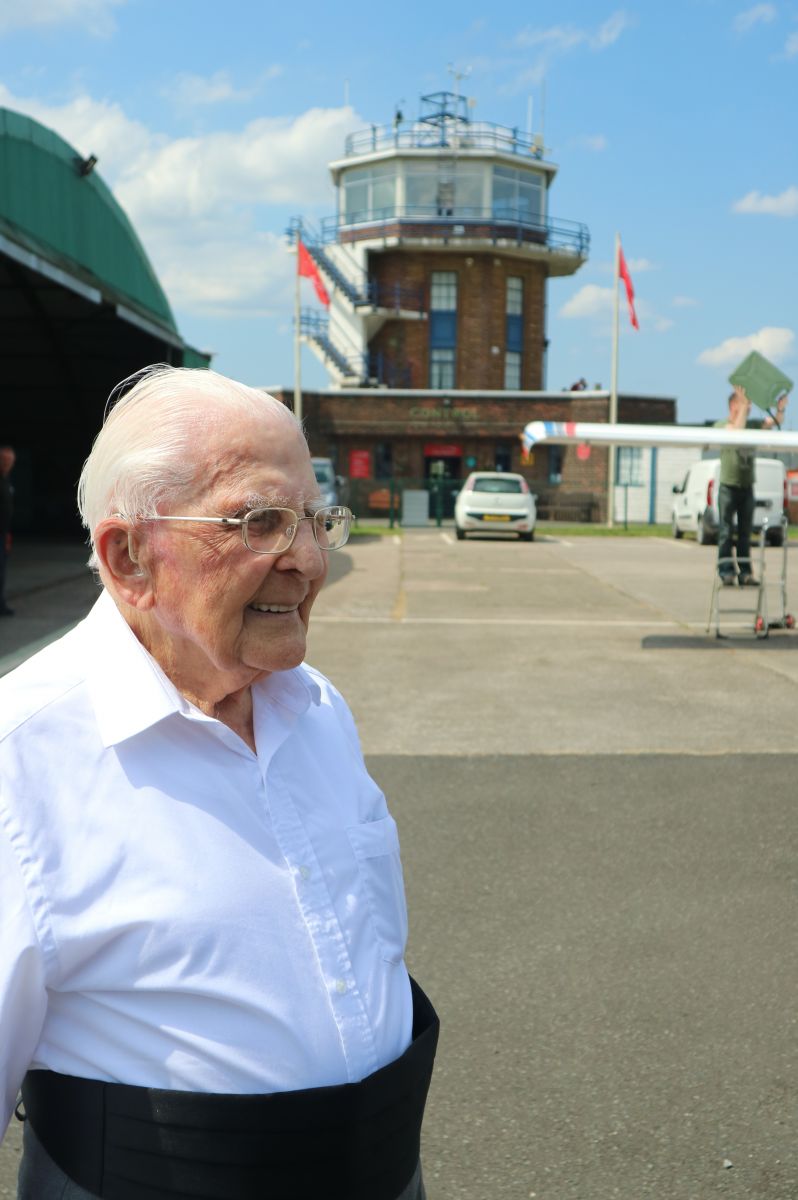