Back in April 2019, Grundy hosted the first fitness MOTs for Persona, as Bury Council worked with us to help customers improve their strength and balancing so they feel more confident on their feet.

Staff from both Older People Day Services and Short Stay Services were helped by Shelly to carry out a series of checks and exercises including:

Nine customers took part, including Irene and Tony. The session starts with height measurements against a wall chart; Irene discovered she is as tall as a Grizzly Bear and Tony matches the height of a Sumo Wrestler! This is all a bit of fun, but it's a vital part of finding out how strong and flexible they are. 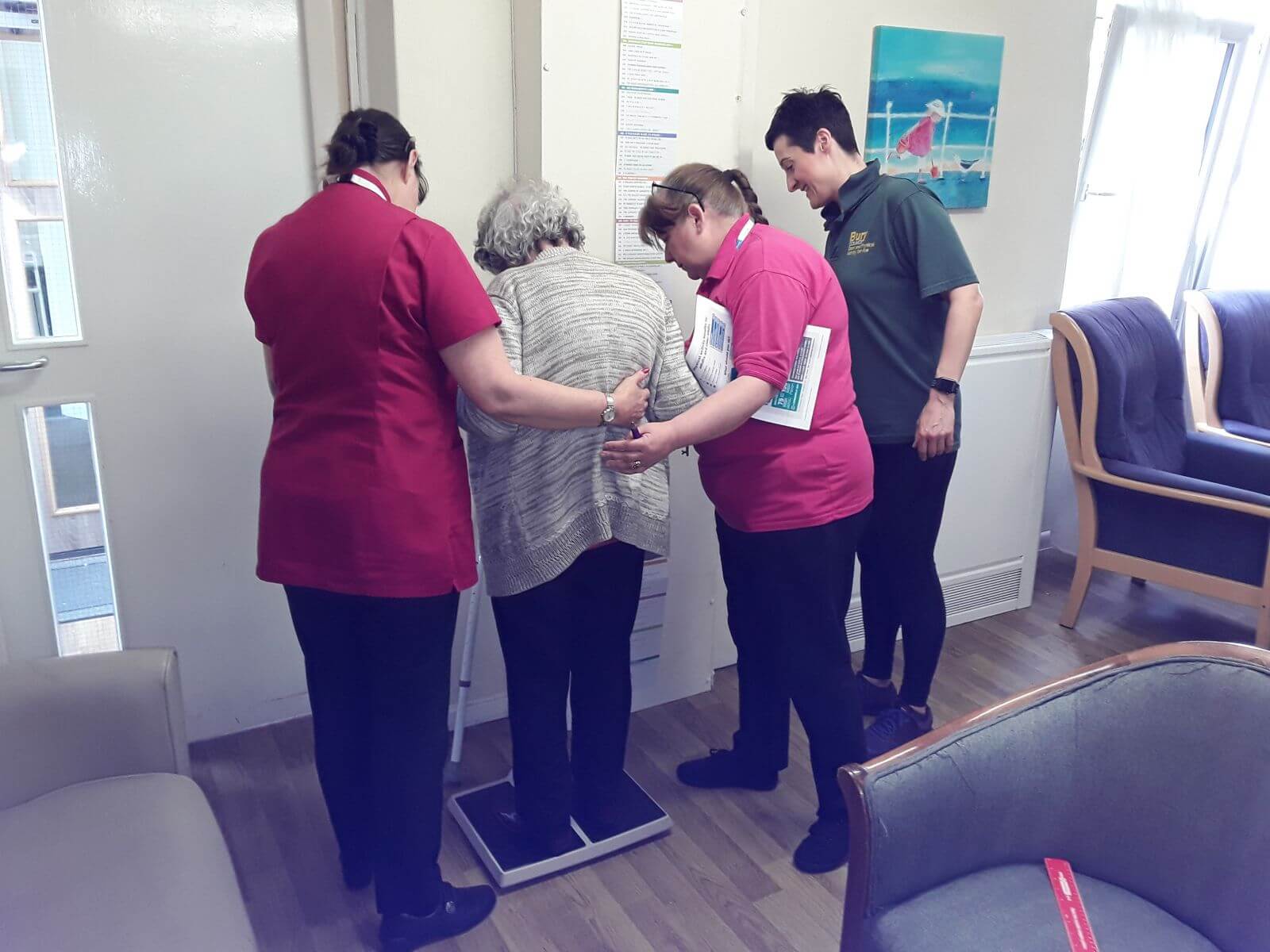 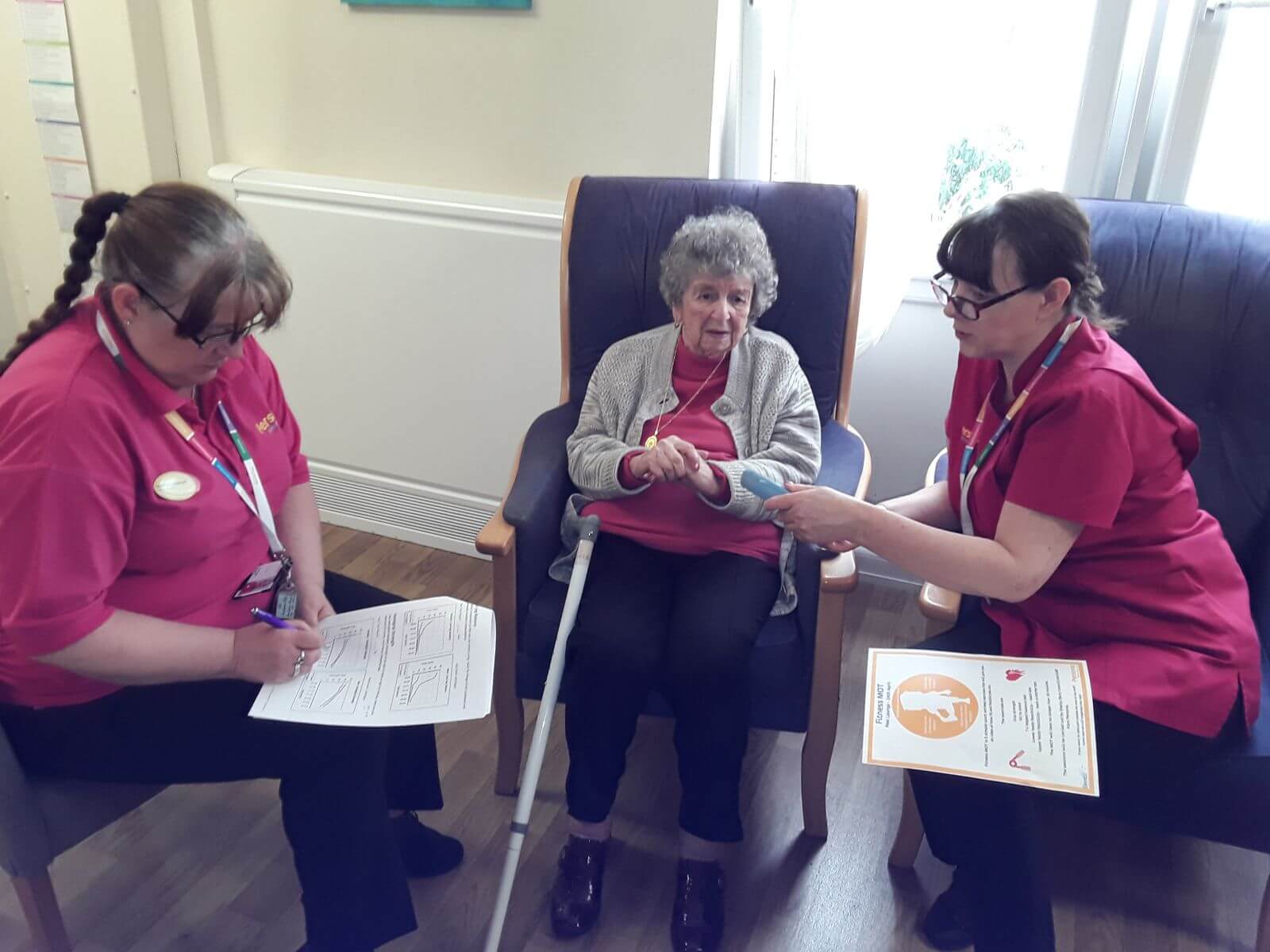 A month later, Tony was so inspired by the MOTs that he was really making the most of it.

He worked with the lovely Lorraine to improve his strength by doing a bit more and keeping himself active. They started walking around the Grundy Centre and even using the outdoor gym equipment that we have in the garden to strenghten his arms as well as his legs. 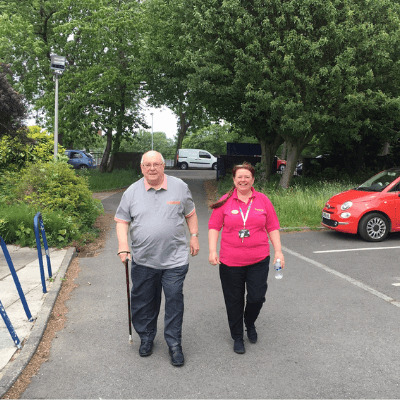 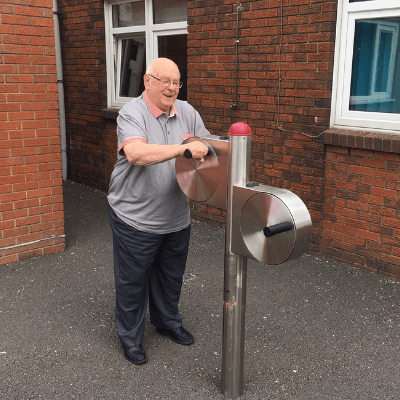 Tony said ' I knew I needed to be doing a bit more, after the assessment my blood sugars were at the lowest they had been in a while so it was encouraging. I am doing well with my walking and I know I can do more so I will be increasing it around the centre and at home'.

Lorraine had also incorporated her new skills into the chair based exercise sessions that she runs regularly, so more customers are regularly feeling the benefits, and when things are running normally, the sessions are going that well that there is a waiting list with more customers wanting to have a fitness MOT.

The plan is to re-assess the customers who originally took part to see how they have progressed, so watch this space for further updates! 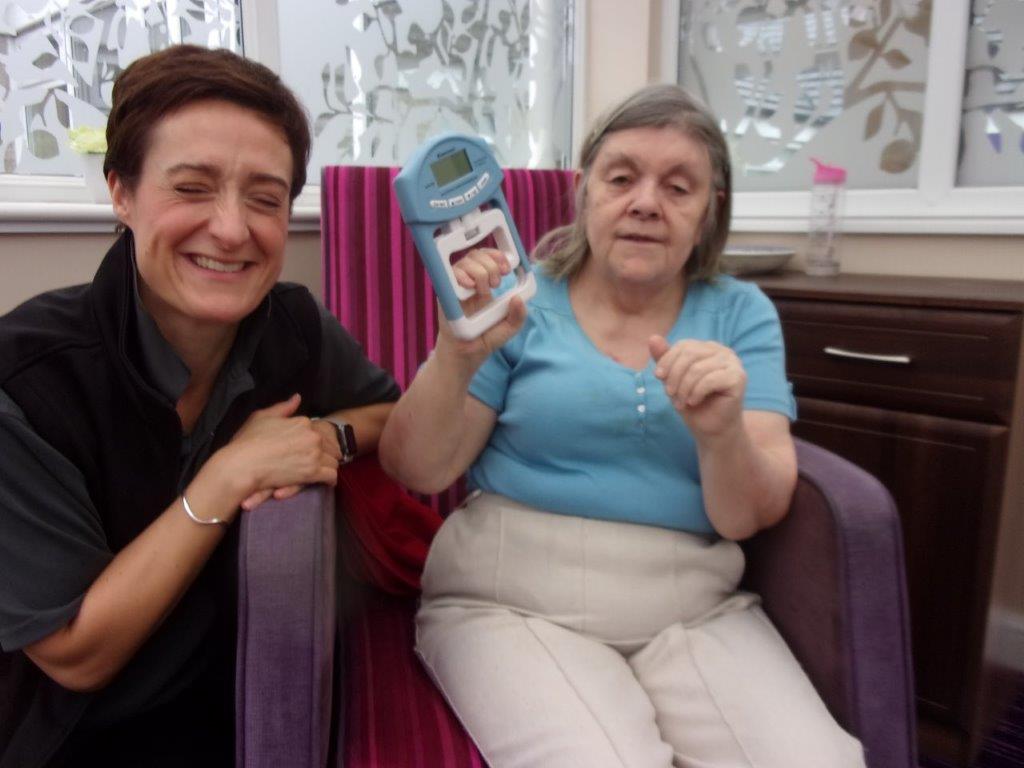 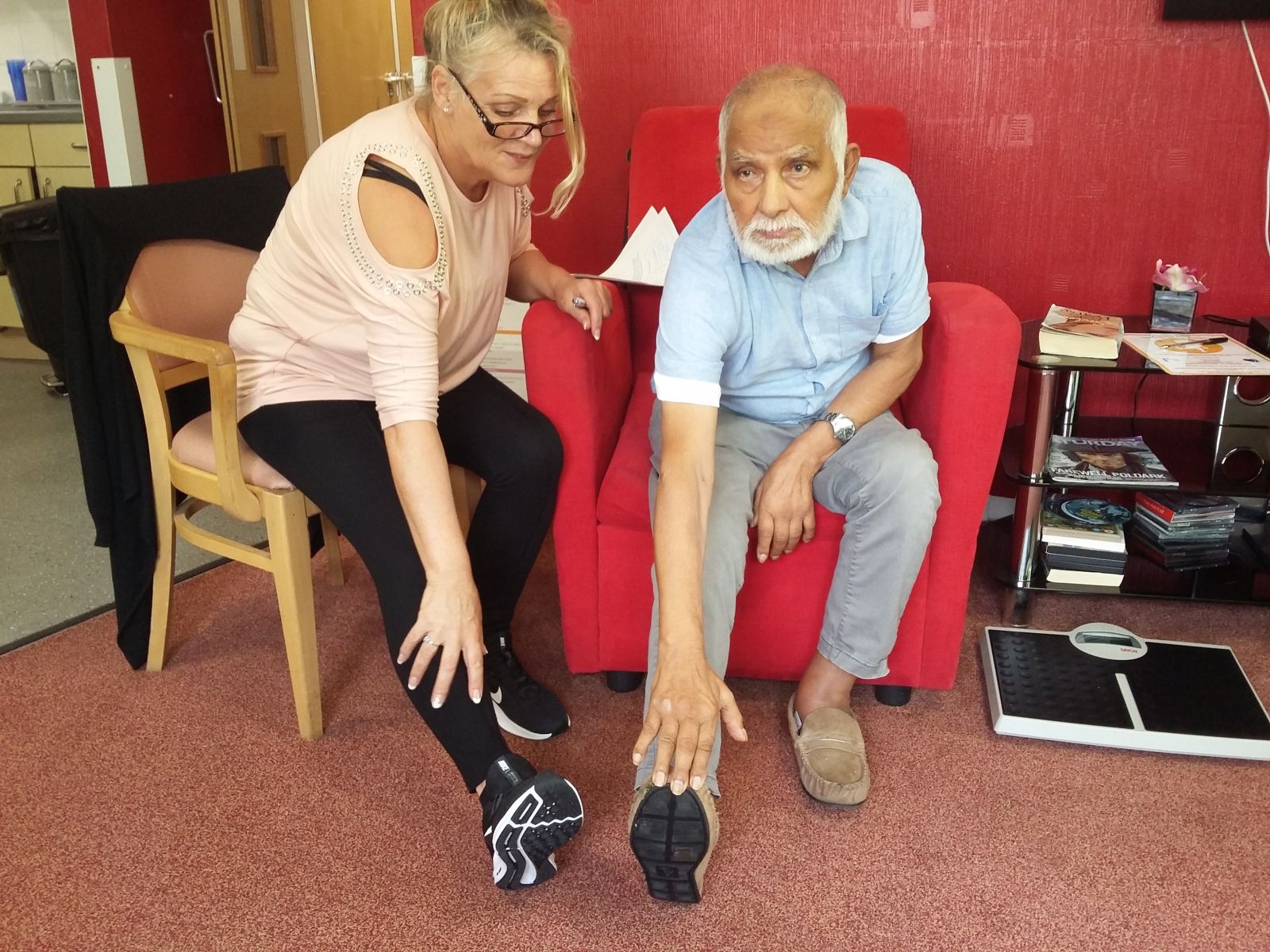 Later on that summer, Elmhurst and Spurr House Short Stay services had similar success with their own functional fitness MOTs.