When we asked Edwina what her greatest achievement was, she replied “I don’t think I’ve achieved a lot, except managing to reach this fantastic age as people keep saying.” But we soon found out that in fact Edwina has lived an adventure-packed life full of amazing achievements. 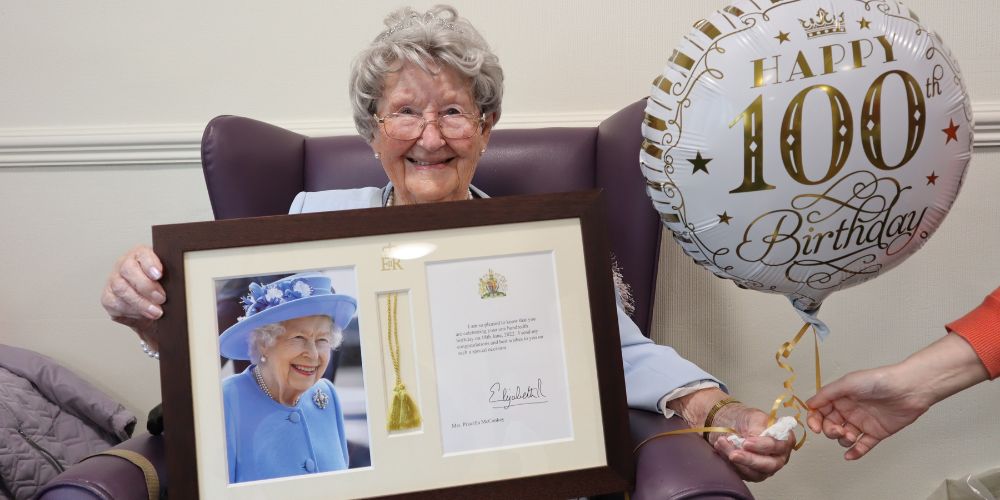 During her younger years, Edwina ran a playgroup with her sister and sister-in-law where they would look after about 32 children every Monday, Wednesday, and Friday. When speaking about the children, Edwina said “they were always happy and so were we”.

Edwina says she gets on well with younger people, so we asked her if she has any advice for them: “Always look on the bright side and take each day as it comes. Don’t worry about what’s gone on, just take the day and look forward to whatever the next day brings.”

Looking back on her life, she said her favourite memories were of the times her children were born: “I thought it was fantastic”.

Edwina has done a lot of travelling with her children. She’s been to Victoria Falls, South Africa, Madeira, and even on 5 cruises down the Adriatic Sea, Croatia and the Caribbean with her daughter. She’s visited her son who lived in Zambia and even met President Kaunda of Zambia. In Africa, Edwina also got to go on a safari with the conservationist Norman Carr: “who was supposed to be THE best person to go on a safari with and it was wonderful – I wasn’t afraid at all”. While in Canada, she also got the unexpected opportunity to hold a bear! The bear had been sedated for dental checks and she was even able to watch it run away after the sedation had worn off. In 1983, Edwina went to Mirano where she got to watch her youngest son, Paul, who was an international canoeist, win the gold medal: “He was the only one to do a complete run without touching any of the gates – I couldn’t believe it!”. 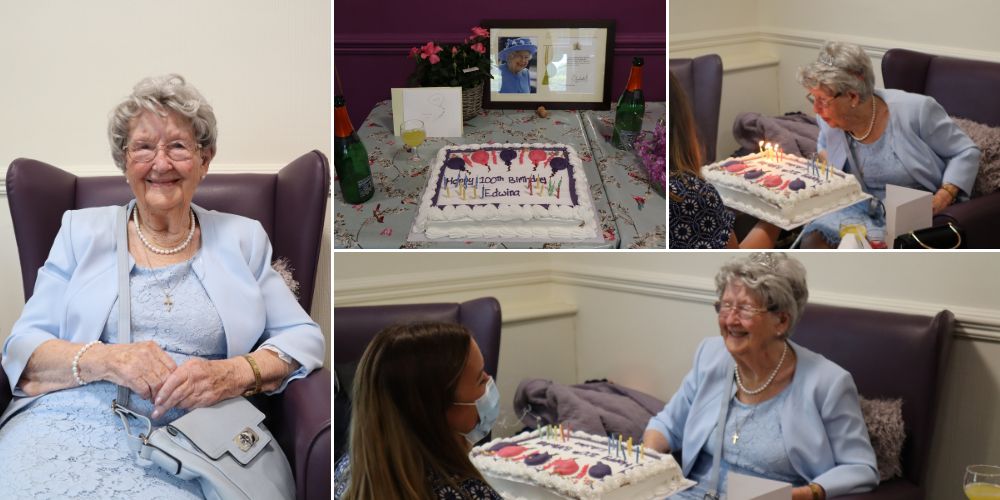 While Edwina has been to all these beautiful places, there is one more place she would love to visit – Turkey. She is determined to go and being 100 doesn’t seem to be stopping her! She said “I don’t feel any different now I’m 100 and the next time I see you when I’m 110, I’ll say I’ve been to Turkey!”.

To celebrate her 100th birthday, her family members flew over from France and enjoyed spending time together over lunches and dinners and her daughter-in-law got her card from the Queen specially framed. Edwina told us of her upcoming plans to go to France so she could visit her family there and said how excited she was to go out in her son’s new motorboat on Lake Annecy. 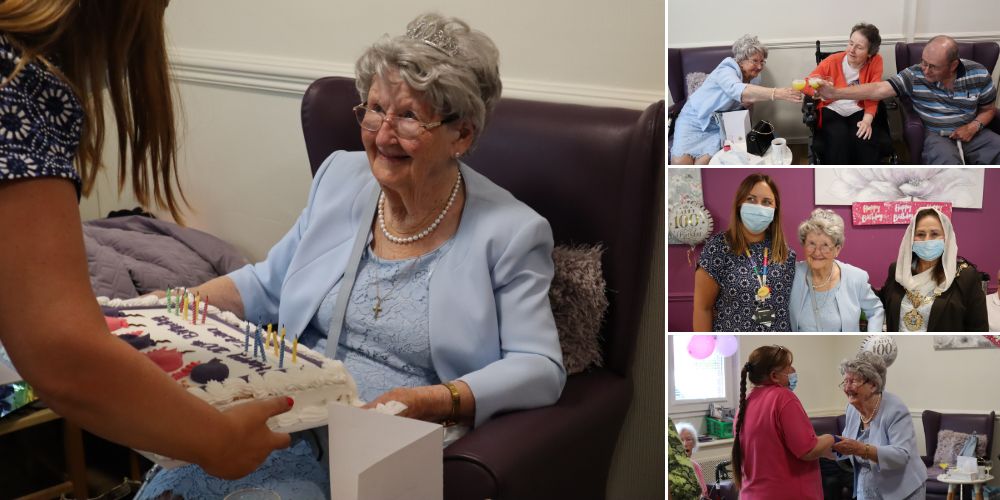 Her friends at Grundy Hub threw a party for her and Madam Mayor Shaheena Haroon was among the many who helped her celebrate. Lots of fun was had with games such as pass the parcel and ‘what happened on this day’ along with singing, dancing and, of course, cake.

When speaking about Grundy Hub, Edwina said she’s been coming each Monday for 11 years and hasn’t missed many Mondays in the time she’s been attending. She says she has made good friends here (read more about that here), who help to keep her young and praised all of the staff saying “I’d give a medal to all of them – they’re excellent!”

To find out more about Grundy Hub, click here.