Alex has attended the Elms Centre four days a week since 2018. He enjoys playing darts, pool and participating in the Drama sessions and Quiz’s – particularly music ones!

Recently, he and his mother, Gloria, were on their way home from a doctor’s appointment when Gloria fell in the middle of a busy road and hurt herself. Thankfully, Alex reacted in the best way possible and remained calm whilst stopping oncoming traffic and dialling 999; he asked for the police and ambulance services, who arrived promptly to assist his mother’s injuries. Some people stopped to help as his mother was bleeding a lot from her face. Alex gave all his details to the police and rang his stepdad so he could meet them at the hospital.

Gloria was in the hospital for over a week, but once she was released Alex continued to take good care of her by tidying the house and bringing her anything she needed such as food or drink. Alex said: “I’m so happy to be a hero for my mum”.

Gloria said she couldn’t believe how he reacted; he stayed calm, stopped the traffic, and rang for help – he was amazing! “I am so proud of Alex, he is my hero, I want everyone to know”. She also highlighted what a big help Alex was when she came out of hospital, explaining he’s always helping around the house as he’s extremely thoughtful. It’s very apparent that she is a very proud mum! 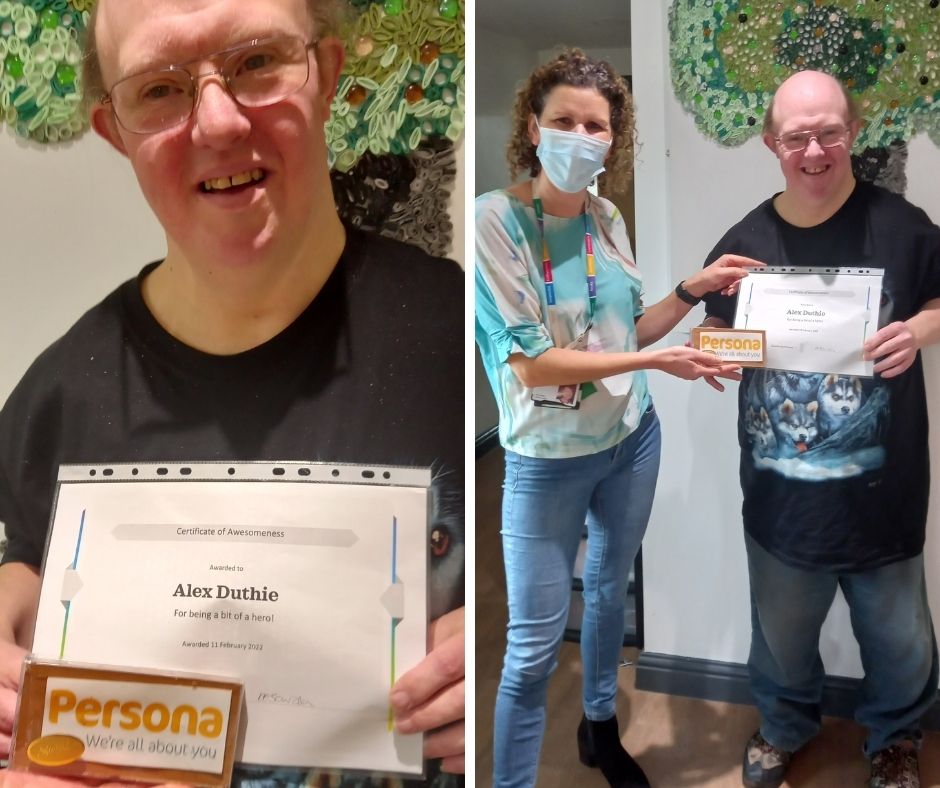 Our managing director, Kat Sowden, presented Alex with a Certificate of Awesomeness and a Persona chocolate bar after telling him how well he had done to remain so calm and do all the right things in such a difficult situation.

Want to know more about The Elms? Click here.